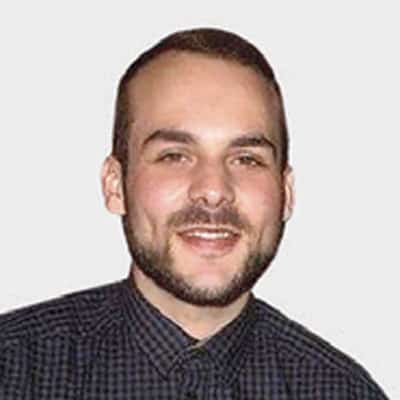 As you probably already know, Lima is one of the food capitals of the world. In fact, there’s not much to do in Lima apart from eating. So, a food tour in Lima is a safe bet! Sure, the historic center and Barranco are beautiful neighborhoods to visit, but that can be done in a day or two if you like to take things slowly. Maybe there are one or two interesting museums as well – but nothing to scare off Paris or London. And that’s why most tourists don’t stay much time in Lima. Please pardon my French, but they are dead wrong! I’m more than confident we could easily plan a whole week of eating around Lima without getting bored a minute! Just take a look at our post that lists the best restaurants in Lima (according to us). 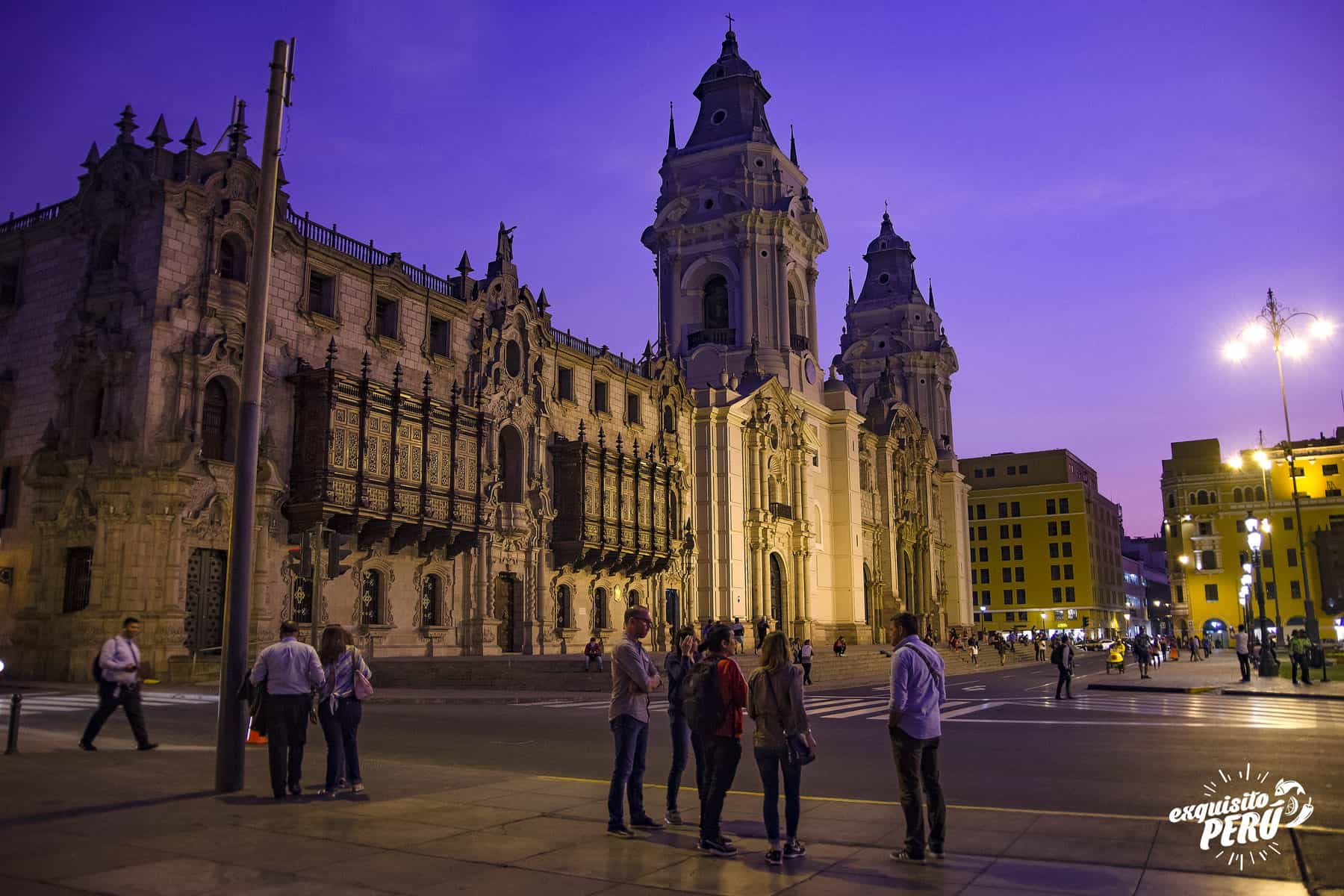 If you take a food tour in Lima, not only will you eat delicious foods and visit historically-rich areas of the capital, you will also be able to learn more about how the dishes are made, in which context they were created, and how they changed over the years. Peru has one of the most diverse cuisines in the world, which is due to mainly two things : 1) a very biodiverse country with hundreds of microclimates. 2) foreign migrations from Spain, Africa, France, Italy, China, Japan and more recently, Venezuela. And basically, Lima is the epicenter of that melting pot. Did I tell you that in this country, all roads lead to Lima? Well sort of… in theory at least – some of them might get destroyed by a landslide during the rainy season, but that’s for another post.

1. A food tour in Lima because… Lima is one of the food capitals in the world

As I said earlier, Lima is no doubt one of the food capitals in the world. We could start with rather objective facts such as The World’s 50 Best Restaurants, which lists two restaurants that are located in Lima in their top 10 : Central (#6) and Maido (#10). Restaurants like Astrid y Gastón, La Mar, Rafael, Fiesta, La Picantería, ámaZ, Malabar, Isolina and Osso also made the cut for Latin America’s top 50. 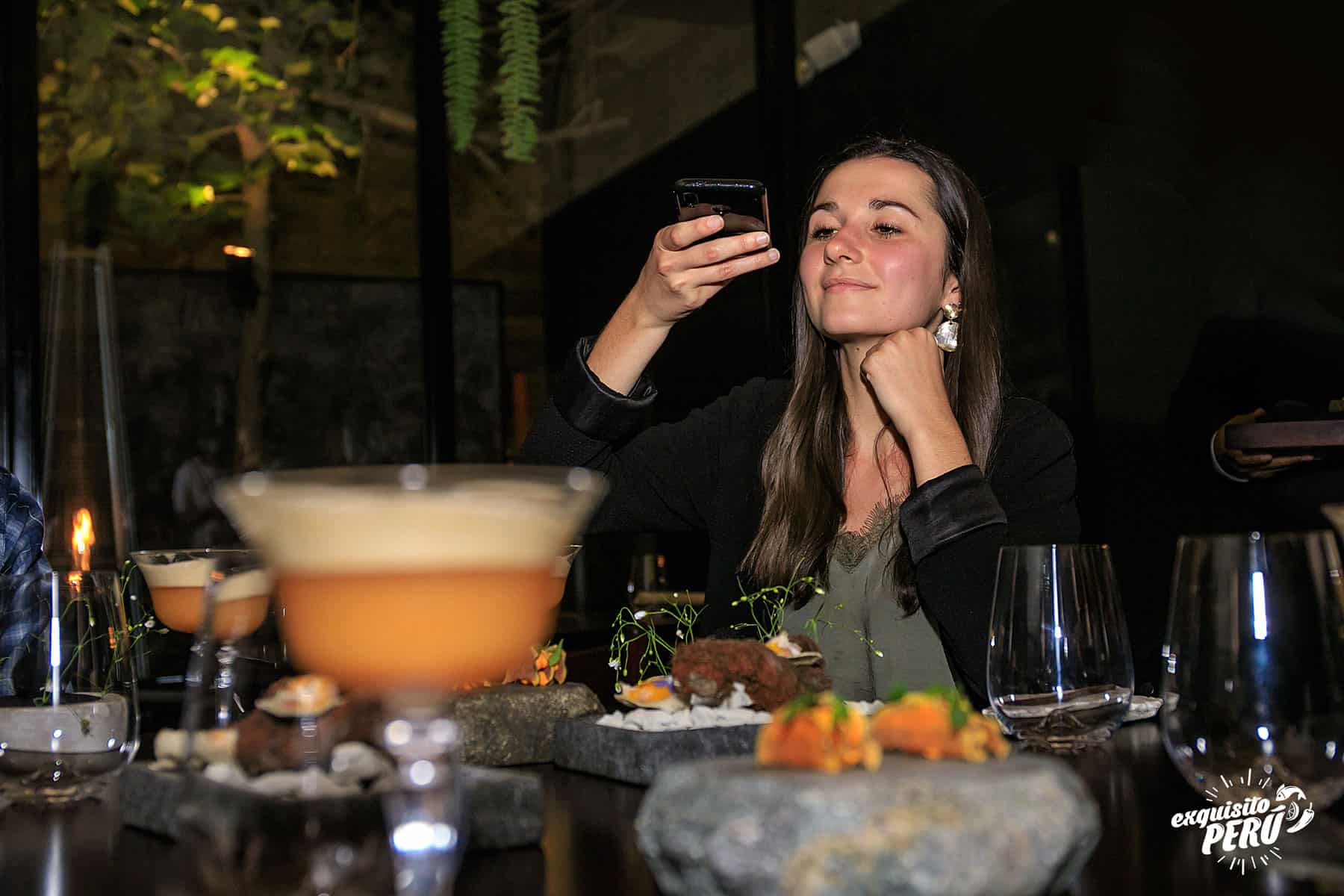 But gastronomy is far from being only a matter of sophisticated restaurants sponsored rankings at posh ceremonies. Most Peruvians don’t care about this stuff, yet they are very proud of their food. The one they eat on a daily basis, the one that reminds them of their grandparents… The abundant and flavourful one that impregnates the living room. The one they’d passionately argue over as if it was a game of football. The one that we serve in our food tours, basically.

Peru is of course famously known for the ceviche and pisco sour. But there are other dishes like lomo saltado, causa, ají de gallina, seco de res, anticuchos, just to name a few, that still lack international exposure. And did you know that there are 492 registered dishes in Peru? Most of them, if not all of them, can be found in Lima where there’s literally a restaurant at every corner – sometimes several sharing the same corner. Beyoncé said girls are the ones who run the world, but for Peru, it’s definitely food.

2. A food tour in Lima because… You will taste foods and drinks you have never heard of before

When living in Europe or North America, one generally thinks there are only two types of bananas – the large and the short ones. Cacao? “Well, that’s what is used to make chocolate”, you might want to say. But what if I told you there are 9 “families” of cacaos, and 6 of them are indigenous to Peru? And don’t get me started on chili peppers, potatoes and corn – there are so many I don’t even know them all.

In our Barranco food tour, guests get to taste lúcuma and chirimoya fruits. The former practically only grows in Peru and the latter is indigenous to the north of the country. I could also mention airampo, the fruit of an Andean cactus, which is used in the preparation of a craft beer that participants can try in our food tour in the historic center of Lima. We serve coca beer too. Yes, the base ingredient used to make cocaine, you read it well. And if you book this tour, you will learn there’s much more to that plant – it even possesses health benefits. 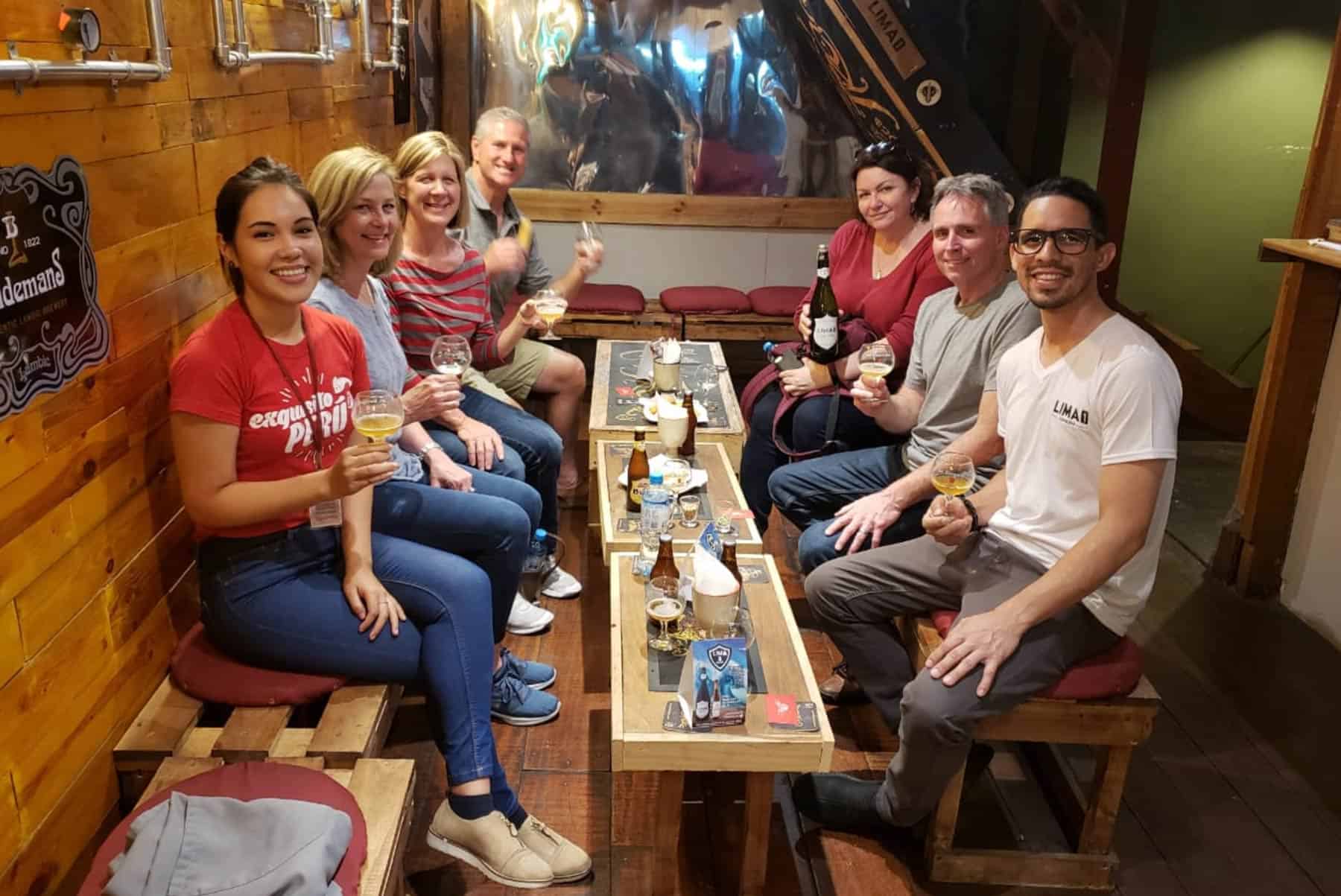 And of course, impossible not to mention the one and only pisco. There are eight varieties of grapes registered under the Denomination of Origin to make pisco, and you most likely won’t know them all without stepping foot in Inca land!

3. A food tour in Lima because… You will get to meet locals in a way that you couldn’t otherwise

A good food tour, according to us, is a food tour that takes visitors to places stuffed with locals. Because who knows best than locals? Well not always – KFCs are overflowing in Lima and we definitely won’t take you there, unless you pay $500 per person and sign a liability waiver. If you are interested, please contact us.

In our Lima gourmet tour, for example, guests can actually meet and exchange a few words with the chefs of Tribu, Statera and Barra Lima, which are three restaurants that represent, among others, Lima’s food scene new generation. 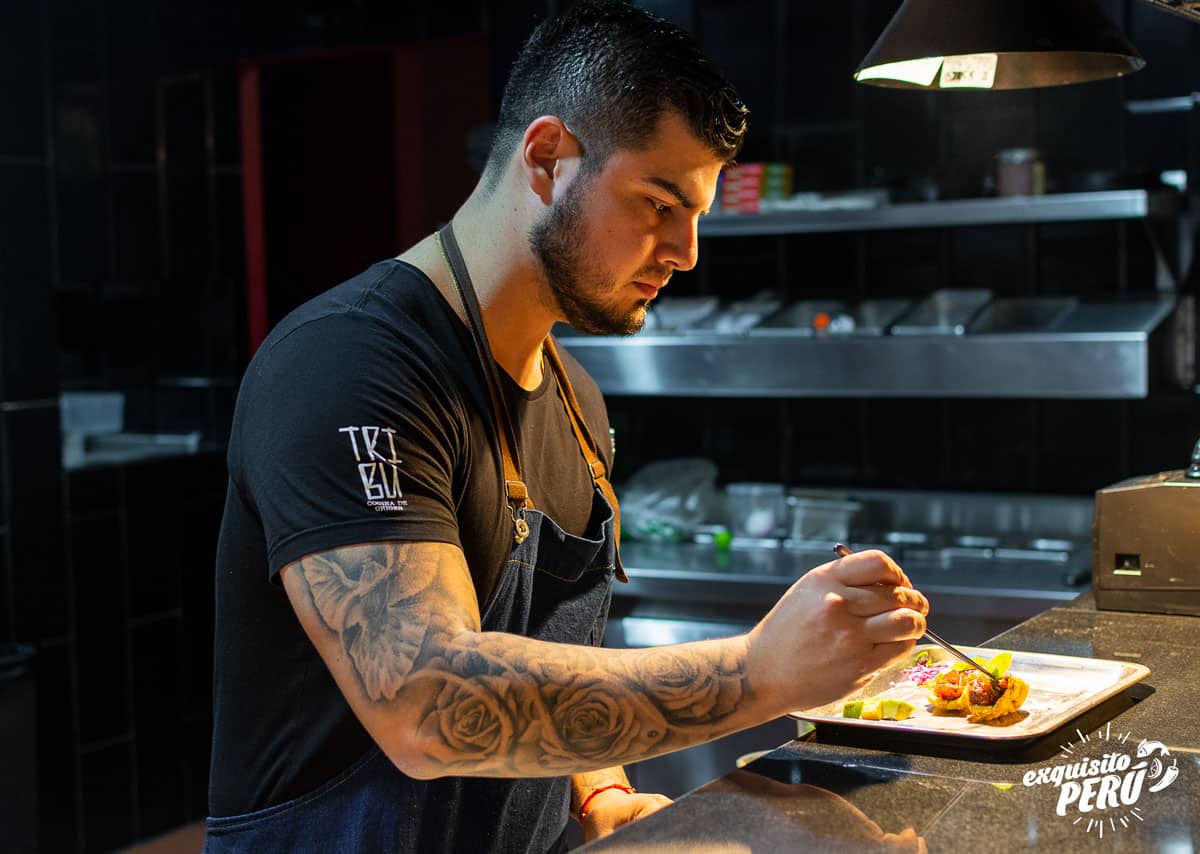 In our Barranco food tour, which, by the way, is also available to vegans, visitors will have the opportunity to take part in coffee and chocolate tasting sessions run by locals, have their ceviche prepared at their table, as well as entering the kitchen of one of Lima’s most famous tavern, Juanito, to witness the preparation of lomo saltado. Luxuries that wouldn’t be possible without minutiously-crafted food tours like ours! 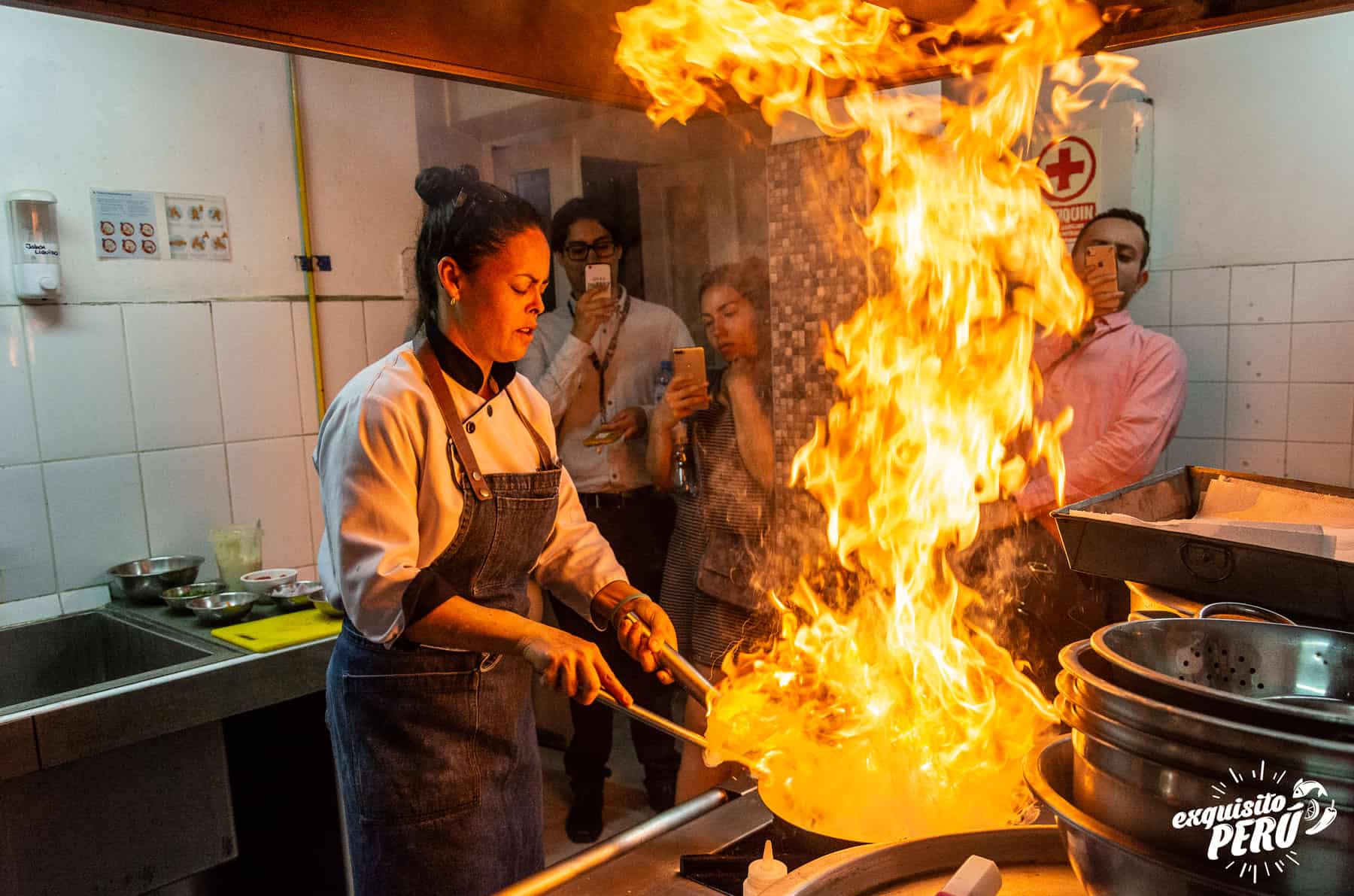 4. A food tour in Lima because… You will learn about the history and culture of Peru in an entertaining way

Let’s start this paragraph with a little game. How many people, family and friends included, can you think of who hate museums? Now, from the same group of people, how many of them hate eating? If the latter comes with a higher number, please leave a comment at the bottom of this article because I’d be very interested in interviewing them all.

With our food tours, we try hard to educate visitors in an entertaining way. And a food tour is a great tool to do that. So many historical events, traditions and cultural traits can be tied to a dish or a drink. The history of Peru can literally be taught through food – and you won’t fall asleep before the end.

An example that I always love to use is the way causa was created during the War of the Pacific in 1879-1883 (not to be confused with the Pacific War) involving Peru and Bolivia against Chile – and Great Britain, ha!. 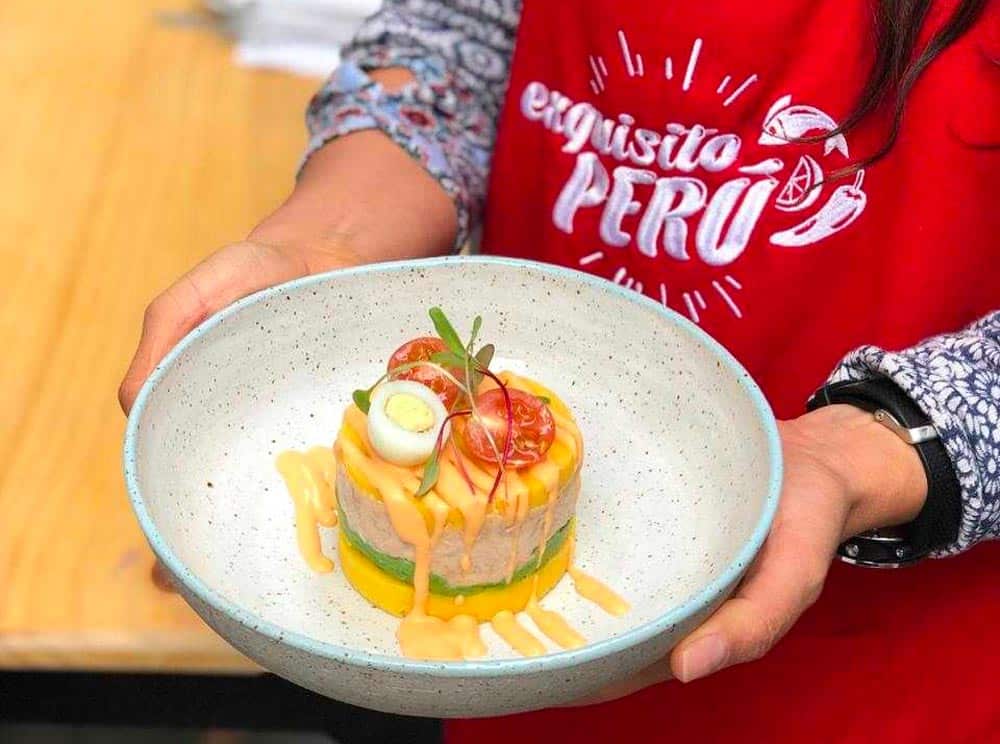 Causa, which is most often called causa rellena, causa limeña or causa a la limeña, is a dish that can be served as an entrée or as the main course composed of mashed yellow potatoes seasoned with lime, ají amarillo (mild yellow chili pepper) and oil, and usually filled with avocado, tomatoes, onions and seafood (tuna, crab, octopus…) or chicken, mixed with mayonnaise. Everyone has their own recipe for sure! Well, originally, causa used to be sold in the streets during the Pacific War. It was an important source of revenue for many women whose husband had left to fight in the war. To promote their product, street vendors would shout por la Causa (for the Cause – the patriotic cause). Back in the days, the dish was significantly simpler and easy to consume in the street as it was mostly composed of seasoned mashed yellow potato. There was no relleno – in other words it wasn’t filled with anything. Otherwise imagine how messy and smelly things would be with tuna and mayonnaise on your hands!

5. A food tour in Lima because… You might discover yourself a new passion

Sometimes, magical things happen when you least expect them. And I have two examples connected to our food tours that illustrate this perfectly.

The first one is Amanda’s. Amanda is the owner of El Cacaotal, a “one-stop-shop for cacao and chocolate exploration” to use her own words. As you might have guessed already, she is the master of ceremony of the chocolate workshop included in our Barranco food tour. Amanda, who is from New Jersey, came to Peru in 2011 during her undergraduate studies with an anthropological program to do fieldwork in the Andes on agriculture. She fell in love with Peru from the first time she arrived in Cusco and ended up coming back to Lima to finish her degree. In the intern between graduating and starting her master program, Amanda headed to the jungle to work in an Amazonian farm in Ucayali. That’s where she got introduced to the world of cacao and chocolate, and the moment her passion got unexpectedly triggered. 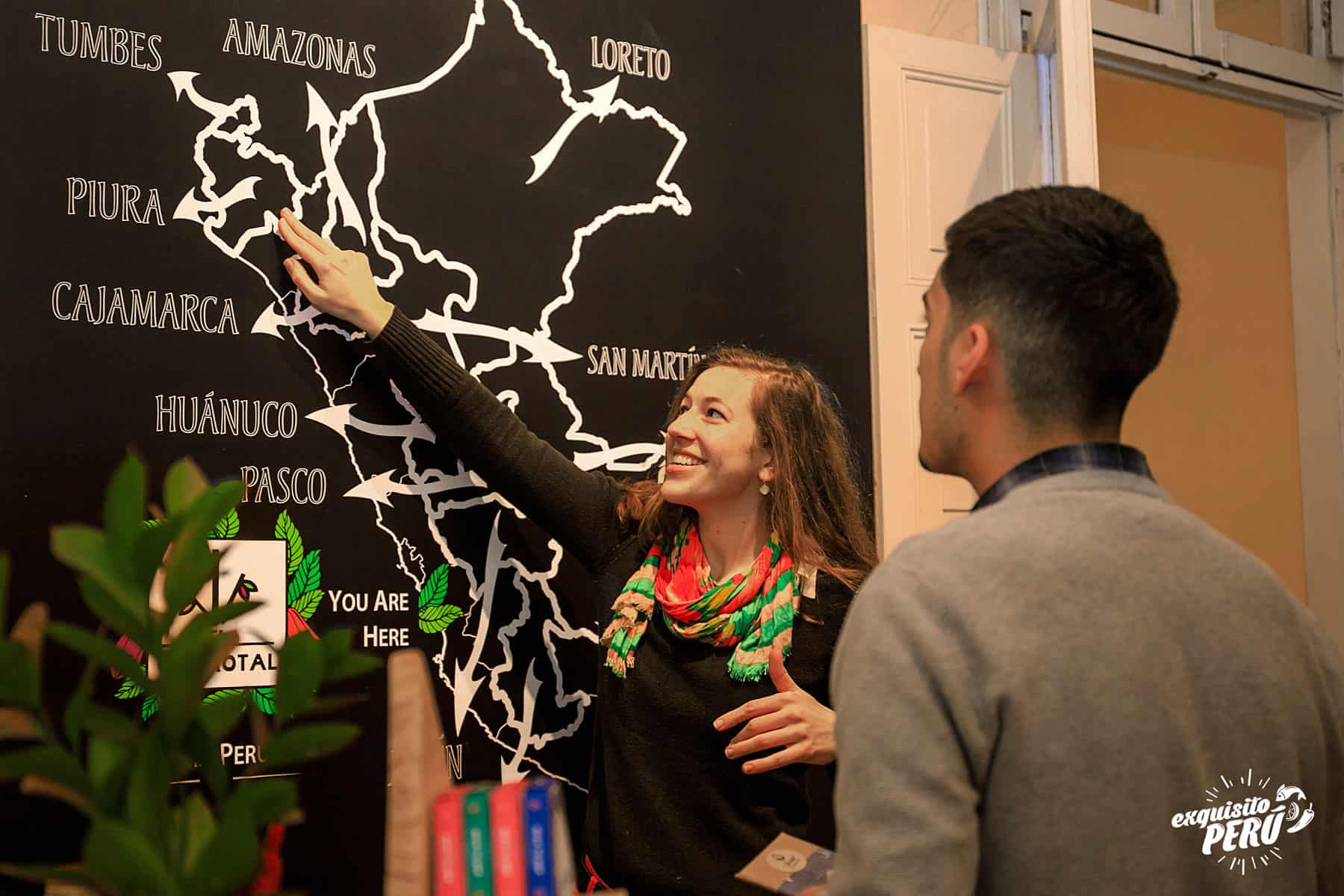 The second… is mine! What an egocentric douche! While I have always been highly passionate about gastronomy, I never thought I would one day be the owner of a food tour company. I took many food tours in Europe, good and objectively bad ones – I always liked the concept but I somehow never considered it as a business for myself. Until I moved to Peru and fell in love with the rich biodiversity and culture. It wasn’t love at first sight, but more of a 3-year learning process that slowly led me to that “aha!” moment. It took me 3 years, and our mission now is to turn you into a new ambassador for Peru in just a few hours with our food tours.

Don’t think it’s possible? See it for yourself, and book a food tour in Lima now!

Because hundreds of travelers like you have recommended our food tours in Lima on TripAdvisor.

Nice post. I love Lima, we visited Lima last year and I can surely say that they have a great kitchen.

Hey @Jim! Thank you very much for your feedback. Any restaurant or dish that you particularly liked and would recommend to future visitors? Did you have the chance to take a food tour in Lima? 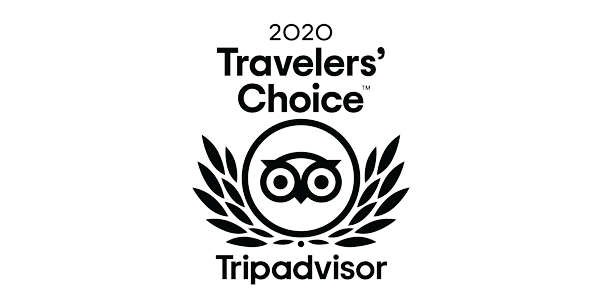 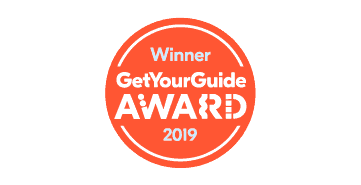 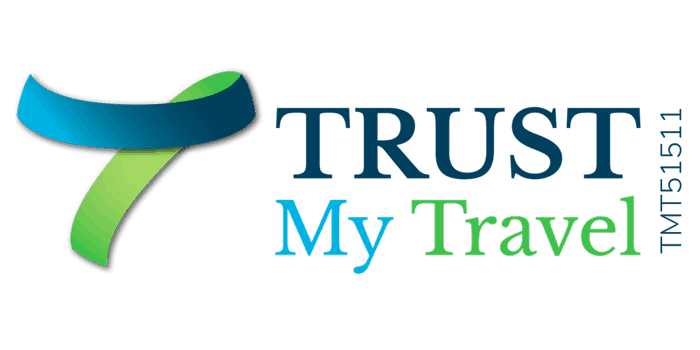